The cycle Women created between 2014 and 2016 consists of 33 wire sculptures. The work focused on the question of the role of an individual in today’s world and society is quite open in terms of content, thus allowing for various interpretations.

It poses the question as of what today’s man is like. The wire sculptures are made in such a way as to embrace empty space. Is therefore today’s individual really empty of inside? Are we becoming less human, less original, more alienated as a result of ever more sophisticated technology?

My second concern is centred on society. It is important that the set-up is such that the gallery space is filled with interacting sculptures. However, bodies despite their vicinity often fail to establish a relationship – just as we are becoming more and more alienated, isolated and lonely in spite of the many possibilities of virtual interactions. We give much emphasis on individuality and independency that often have a negative impact on the quality of our relationship with others.

The sculptures have nondelineated traits, they are not racially defined, and have no clothes. Their sex can be defined, though, but due to the lack of other information their social status, age, nationality, religious and political affiliation remains unknown.

The work also questions the role of women in contemporary society. What interests me is how the contemporary women face the expectations of society that are still very stereotypical. Today a “true” woman is expected to take on – in addition to the traditional roles of mother, wife, housewife – a whole range of “contemporary” roles and characteristics (successful career, engagement). This work searches for a fictive woman’s ideal that more or less successfully sails though life, combining all these worlds that inhabits.

The wire sculptures in natural size can be defined as three-dimensional spatial drawings. An important part of them is represented by their shadows cast by light on the gallery walls. The set-up of works in space is well-thought out, for the relationships between objects and subjects in space are of extreme importance: between sculpture and space, between individual sculptures as well as between sculpture and viewer.

It depends on the viewer how they will react to the artistic set-up. Wire bodies can be occasional passers-by that we meet daily in public space and go past us without influencing us whatsoever. Or they may be bodies that we see a threat because they speak a different language and are of different religion and culture – factors that make us question our own convictions, shaking the firm ground of the known. 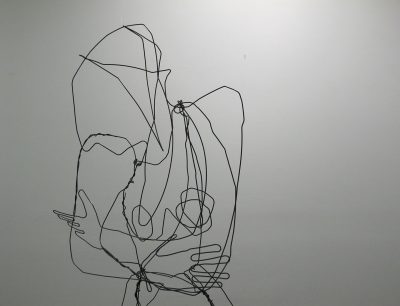 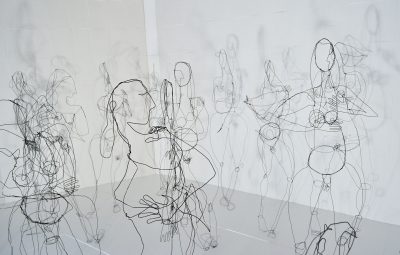 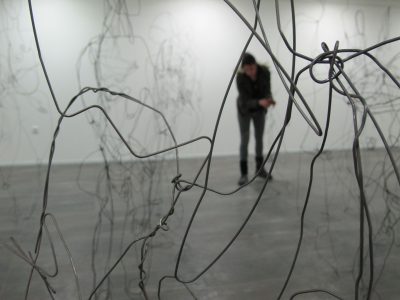 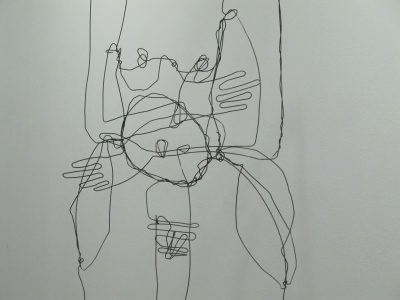 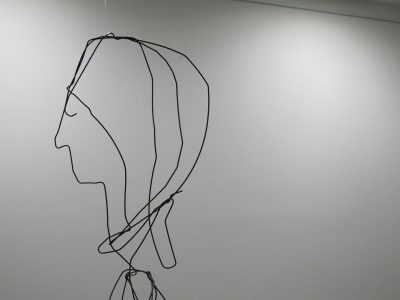 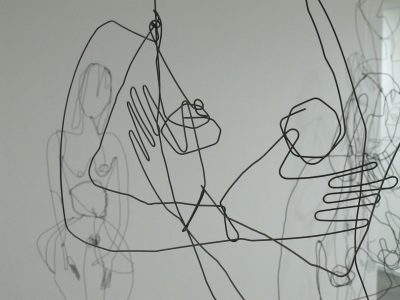 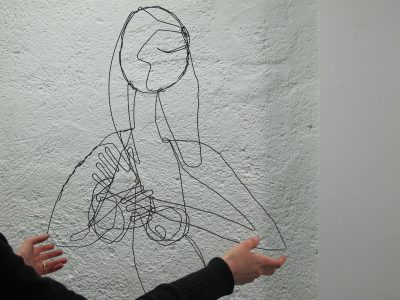 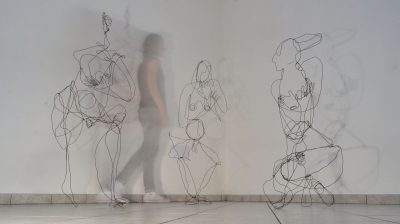 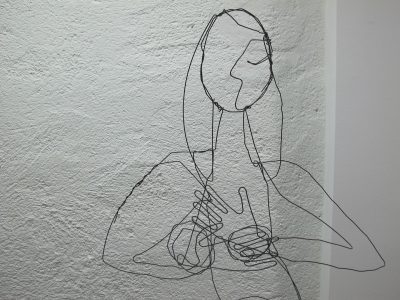 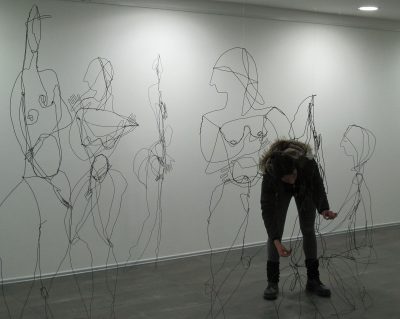 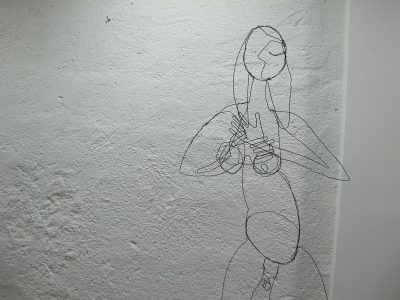 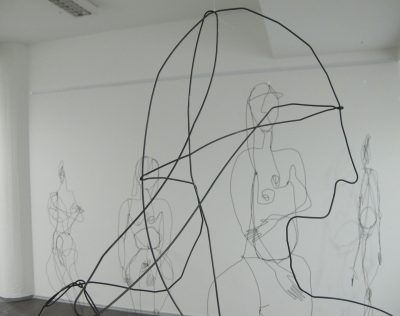 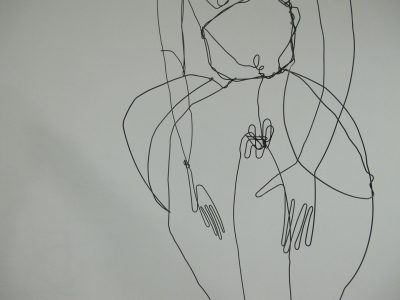 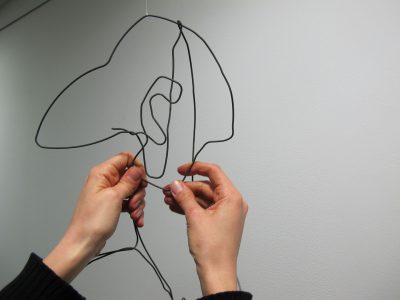 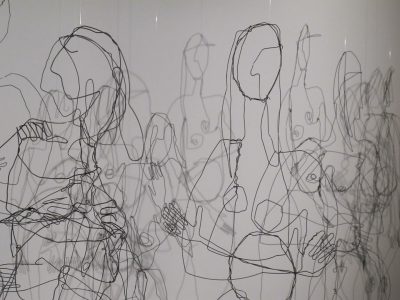 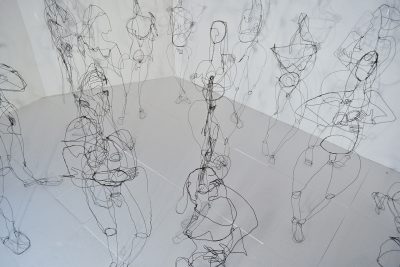 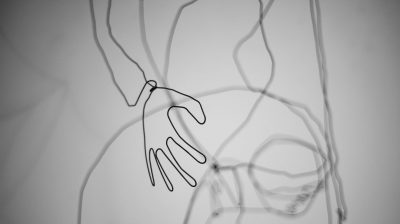 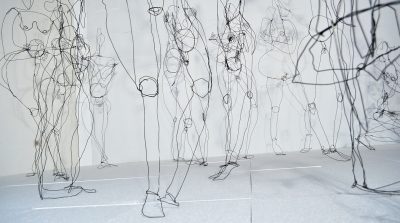 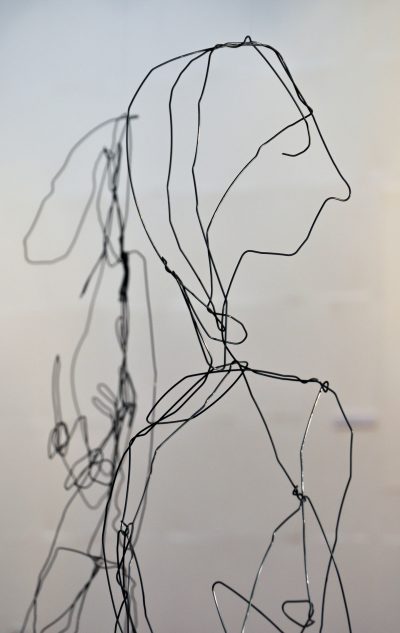 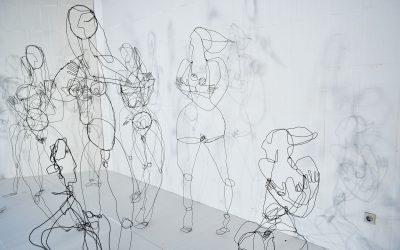 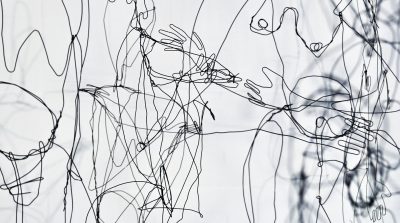 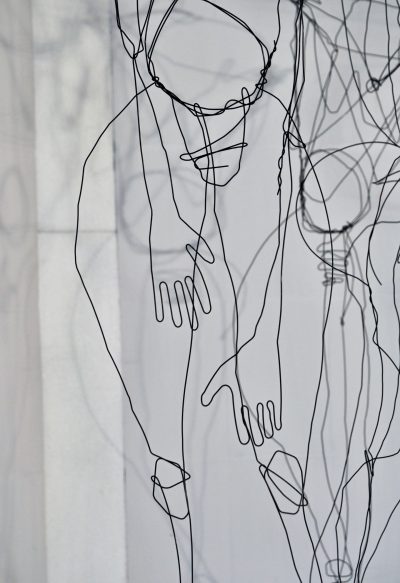 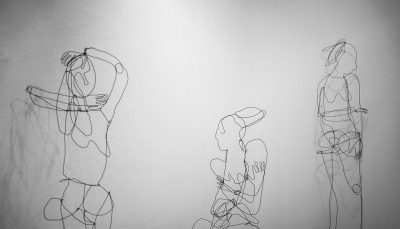 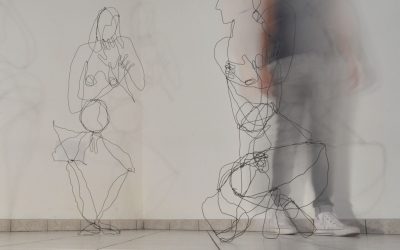 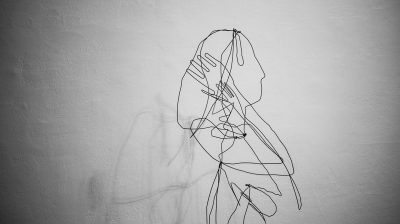 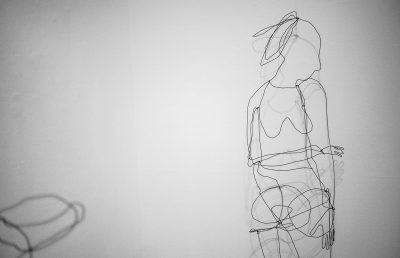 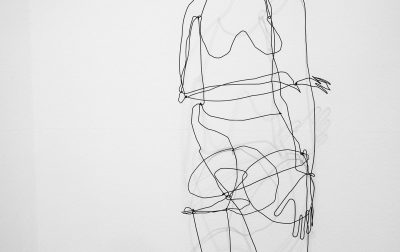